Since 2011, a unique student club has worked to increase the number of veterans enrolled in Rice’s MBA programs — not only by fundraising for scholarships, but also by bringing in national leaders and literary luminaries to spotlight their efforts. 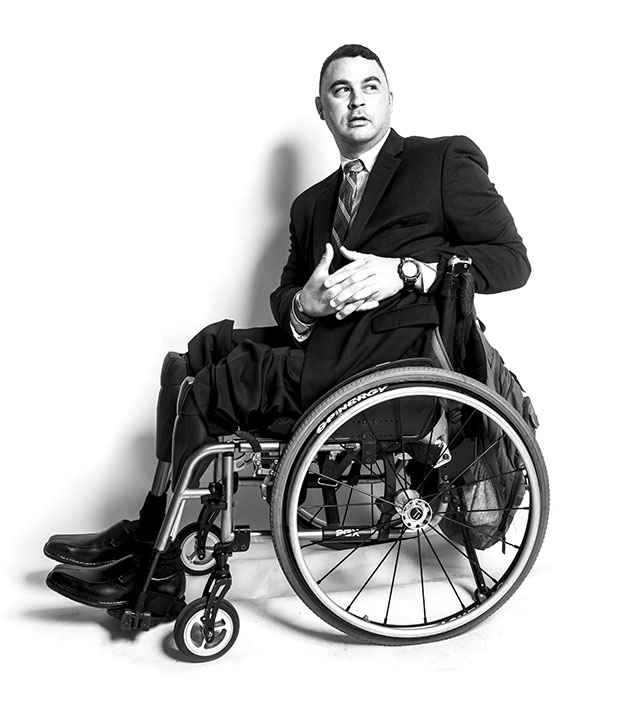 FOUR DAYS AFTER HIS 30th BIRTHDAY IN 2010, Maj. William E. Lyles was leading a team of Army Green Berets on a mission to meet with tribal leaders in the village of Garmab, in Afghanistan’s remote, mountainous Urozgan Province, when their Humvees began taking small-arms fire. Lyles directed his driver to take up a position on a hilltop to the north of the village, where he jumped out to assess the situation. He was in the process of radioing back to base to request air support when he stepped on a buried IED (improvised explosive device).

“At first I thought it was a mortar round,” Lyles remembered. “All my teeth were loose. My legs felt heavy, but there was this cloud of dust so I couldn’t see what had happened. I was trying to get up and get back in the fight, and I just couldn’t.”

When the dust finally cleared, Lyles saw that his right leg had been severed above the knee and his left leg was gone below the shin. “I didn’t think I was going to make it,” he said. “I tried to take deep breaths, because if you freak out you go into shock, and I knew I wouldn’t have a chance.”

Today, after four years of grueling rehab at the Brooke Army Medical Center in San Antonio, Lyles is a first-year MBA student at the Jones Graduate School of Business. He’s adjusted to life without his legs— he uses a wheelchair and two prosthetic legs to get around now — but the adjustment to civilian life, which included the breakup of his marriage, has been rocky at times. “I miss the Army more than anything,” he said. “I wish I was still able to do what I did, but this is good, too. I’m going to get a chance to lead again, in a different capacity.”

Lyles is part of a large and growing veteran presence at the Jones School — 10 percent of students enrolled across the school’s three MBA programs (full time, professional and executive) have served in the armed forces. In 2009, Rice was one of the first schools to join the Yellow Ribbon Program, which provides federal matching funds to help veterans attend private schools where the post-9/11 GI Bill often doesn’t cover the full cost of tuition. 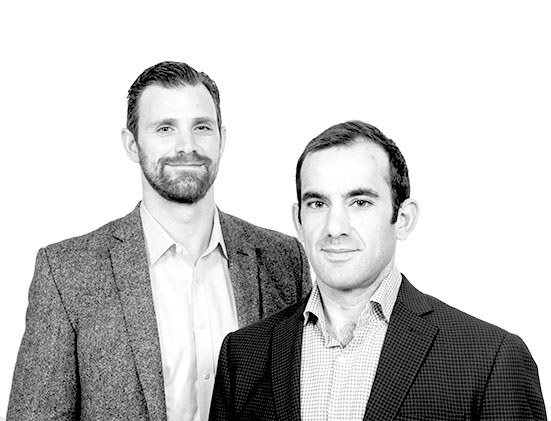 Former Navy SEAL James Battista enrolled in the Jones School in 2011 after a decade in the military. “I realized that oil and gas companies operate in similar places to where I was operating — Iraq, Yemen, hard places to operate,” Battista said. Along with his fellow military classmates, Battista founded the Veterans in Business Association (VIBA) to provide mentoring for students making the transition from the military to academia.

Support soon coalesced around the idea to create an annual scholarship to cover tuition, fees and living expenses for one veteran to earn a graduate business degree. Jones Graduate School of Business Dean Bill Glick, along with Rice trustees and members of Jones’ leadership team, inaugurated the scholarship in 2012. (Lyles is this year’s recipient.)

“Here, veterans get a two-year window after they come out of the military to figure out what they want to do,” Glick said. “And in the process they figure out which parts of their military leadership training actually translate into the business world. They come in with advanced leadership skills in some dimensions, and we give them opportunities to grow and develop. And vets are very good at doing that. They’ve got a great sense of mission.”

Annie Hunnel, associate director of recruiting and admissions at the Jones School, travels the country to meet potential students at service academy career days and veteran job fairs. “When a veteran transitions out of the military, they don’t necessarily understand what their options are,” Hunnel said. “It’s hard to understand how to put that experience in a résumé, how to make themselves attractive to an employer.” 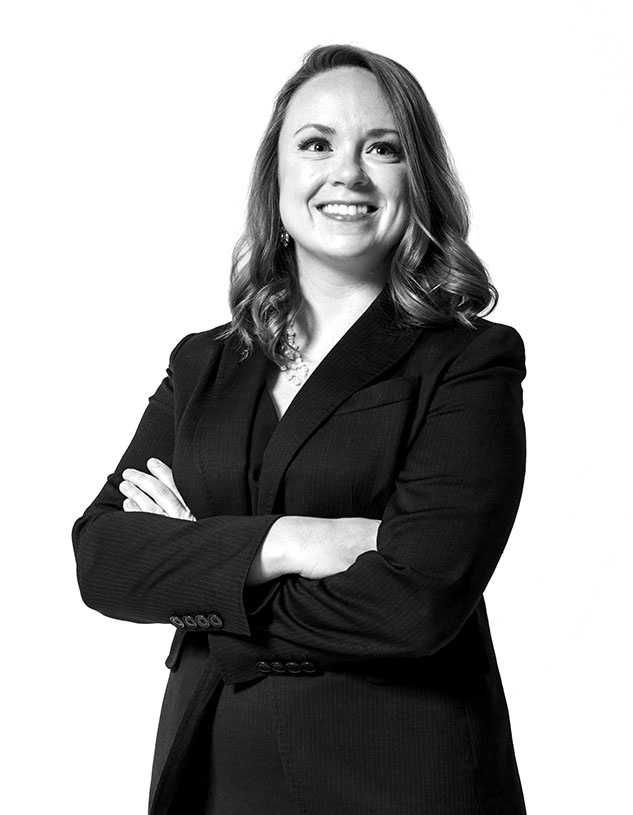 One of VIBA’s earliest and most generous supporters was Rice trustee Doug Foshee, the former CEO of the El Paso Corporation and a 1992 Jones School alumnus. “I was aware that many of my fellow Houston CEOs were flying to Boston every year to recruit military veteran MBAs from the Rice University of the North, otherwise known as Harvard,” he said. “That didn’t make a lot of sense to me — why couldn’t we grow our own?” In a very short period, Foshee said, the Jones School has become known as one of the most veteran-friendly business schools in the country.

That reputation is what helped attract Steve Panagiotou, who, like Lyles, is a former Green Beret. After 10 years in the Army, Panagiotou was trying to decide how to jump-start his career when a friend told him about the Jones School.

“Rice valued my background in the military, and when I came down and got to meet some of the supporters, that clinched it,” he said. “The support was almost overwhelming from alumni who have been successful in their careers. At that point it was a no-brainer for me.”

As the current president of VIBA, Panagiotou has played a role in sponsoring public events like the Rice Veteran Leadership Series, which has featured marquee speakers such as Tom Ridge, the first secretary of the Department of Homeland Security, and Pete Dawkins, a legendary American business leader, distinguished veteran, Rhodes Scholar and Heisman Trophy winner.’ 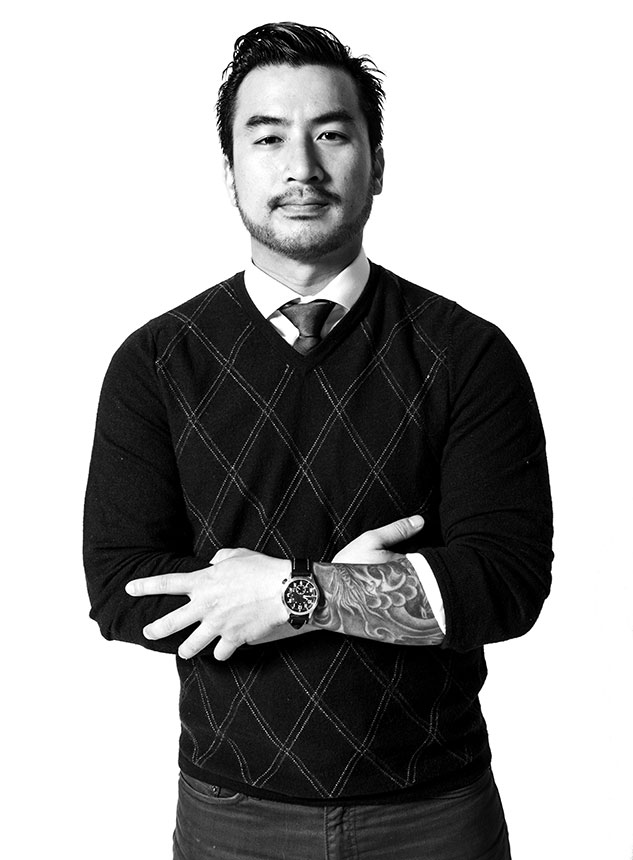 The group scored a coup in 2013 when it brought to campus six major American authors (four of whom were veterans) to help raise the profile of the Jones School and its veteran-friendly programs. Organized by then-MBA student and VIBA president Mike Freedman ’14, the event featured authors David Abrams (“Fobbit”), Lea Carpenter (“Eleven Days”), Ben Fountain (“Billy Lynn’s Long Halftime Walk”), Bruce Jay Friedman (“Stern”), Karl Marlantes (“Matterhorn: A Novel of the Vietnam War”) and Rice alumnus Bill Broyles Jr. ’66, who served in Vietnam before returning to co-found Texas Monthly and go on to a distinguished career in screenwriting. In 1983, Broyles was one of the first American veterans to return to Vietnam, this time to “meet my enemy in peace,” as he wrote in the resulting chronicle, “Brothers in Arms.”

The event drew a full house and resulted in substantial discussion about the poignancy and pathos of war, the ethics of reportage, and the impact of humor and absurdity in such chronicles. “To be with writers like Karl Marlantes, Bruce Jay Friedman and Ben Fountain was a rare opportunity,” Broyles said. “The discussion was deep and raw and honest, and the Rice vets were incredibly inspiring.”

Though they weren’t part of the program last fall, Broyles, Fountain and Marlantes returned to campus to attend another VIBA-sponsored writer- and vet-friendly event marking the 50th anniversary of the Vietnam War (see Page 28). At that event, Broyles noted “the same spirit of support and comradeship.” 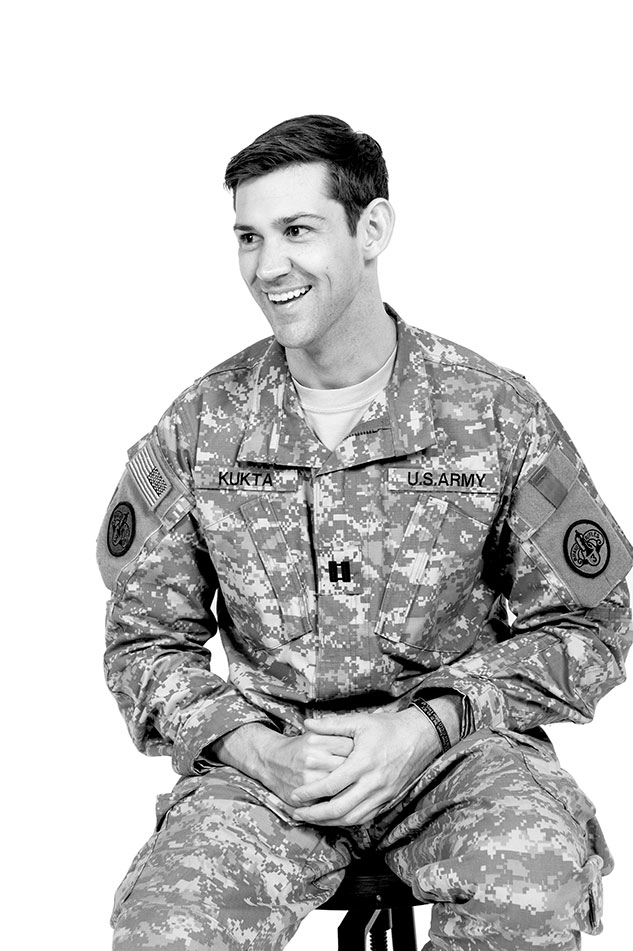 “A small group of dedicated men and women have been fighting a lonely war for almost 15 years now,” he said. “I’m so proud of Rice for honoring and supporting these veterans, and of the veterans for making Rice an even better place.”

Like Panagiotou, Lyles decided to come to Rice after sitting in on classes and meeting veterans already enrolled in the program; being awarded a full scholarship sealed the deal. Despite having lost both his legs in Afghanistan, the recently remarried father of four said he feels blessed to be given a fresh start.

“I consider myself probably the luckiest person in the world. I hit the lottery, but instead of money, it’s a second chance at life. And I want to make the most of that second chance.”