African-American and poor children in the United States suffer disproportionately from asthma. A new study from Rice sociologists finds that this may be a result of social inequalities. 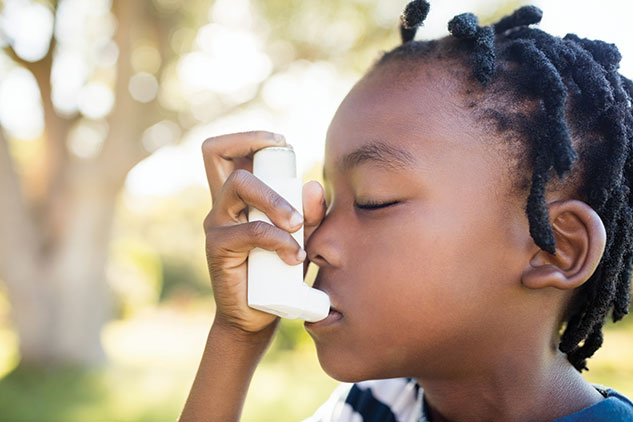 RICE RESEARCHERS recently found that of the more than 12,000 children in Houston who have asthma, the chronic disease of airways in the lungs is more prevalent among African-American children than white children and occurs most often among African-American children living in poor neighborhoods. The researchers also found that children of all races and ethnicities, including white children, have a greater risk of developing asthma when they live in poor neighborhoods, compared with children living in middle-class or affluent neighborhoods.

“We set out to find out if there is a concentration of children in different neighborhoods that was more likely to have asthma,” said lead author Ashley Kranjac, a postdoctoral research fellow in the Department of Sociology and the Kinder Institute Urban Health Program at Rice.

“Higher levels of income and higher levels of education go hand in hand,” Kranjac said. “It may be that parents with more education have greater access to information on poor air quality and its effects on asthma. These individuals may not only be more likely to know how to access information on air quality but also decide to have their children play inside or be able to travel outside of their community on poor air quality days.”

Kranjac said that it is equally concerning that African-American children, even in the wealthiest neighborhoods, are disproportionately suffering from asthma.

The study is online here and was funded by Houston Endowment. Read more here.