Rick Fienberg '78 wanted to gaze at the night sky. So he built himself an observatory. 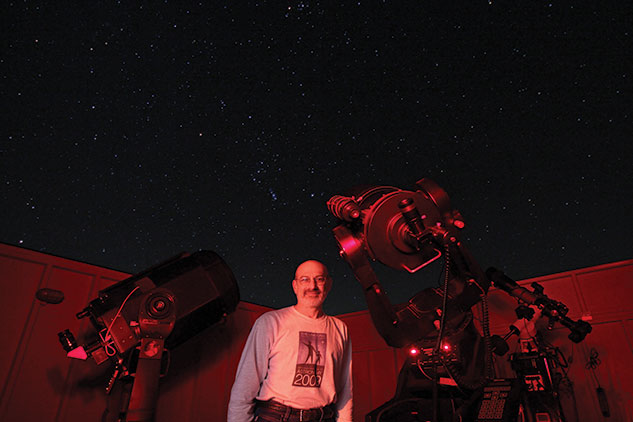 Fienberg at his New Hampshire observatory. Photo by Rick Fienberg

RICK FIENBERG ’78 HAS A DAY JOB as press officer for the American Astronomical Society (AAS) in Boston. But on Fridays, when the sun goes down, he’s long gone to New Hampshire and his telescopes. Fienberg has his own observatory there, and sometimes he stays up all night stargazing.

“When I’m out under the sky, it tends to help clear my head,” Fienberg says. “It makes me feel connected to it all and [gives] a sense of peace and quiet that I don’t get during the day.” 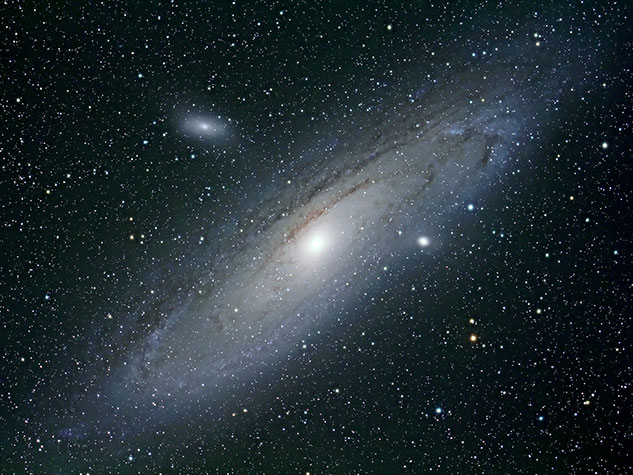 A native of Los Angeles, Fienberg traces his interest in space to the missions that took place when he was a kid. In 1968, at age 12, he saw the movie “2001: A Space Odyssey,” discovered Isaac Asimov and got his first telescope. What with LA’s pollution, it was a struggle to see much with his telescope besides the moon. But Fienberg was already a goner for space.

“I don’t remember after that year ever thinking that I wanted to do anything else except work in space one way or another,” he recalls. He settled on becoming a scientist and wound up at Rice after hearing it was in Houston — music to any space geek’s ears.

Rice had only recently established the country’s first department of space science. Arriving in 1974, Fienberg studied the aurora borealis. He joined a space interest group and got to meet astronauts. He even worked on the Jet Propulsion Laboratory’s Viking Mars mission through an internship program co-organized by an astronomer named Carl Sagan. (“He wasn’t world-famous yet.”) Near the end of his internship, Fienberg watched the first images from the Martian surface appear on screens in the control room. His best memory of college: seeing the space shuttle arrive (piggybacked to a 747) and land near NASA’s Johnson Space Center after a test flight.

Fienberg married Susan Tresch ’78 and the couple went on to Harvard, where she earned a master’s in theology and he a Ph.D. in astronomy. In addition to working with the state-of-the-art 16-by-16-pixel digital astronomical cameras of the day, Fienberg sometimes looked at the sky with the school’s rooftop telescope. Yet, dark skies continued to elude him.

After graduation, he landed a job at the magazine Sky & Telescope, where he eventually became editor in chief. In 2009, he joined the AAS staff. His wife is a senior vice president at Jewish Family & Children’s Service.

In 2000, the Fienbergs bought land in New Hampshire, where he spent months building a cabin and observatory for weekend getaways. Later, after the couple upgraded to a larger property nearby, Fienberg had a bigger observatory built. Now, at the end of the work week, he photographs and observes the beauty of the sky.

If the weather’s fair, Fienberg says, “Susan understands that I’m going to be sleeping until noon.” 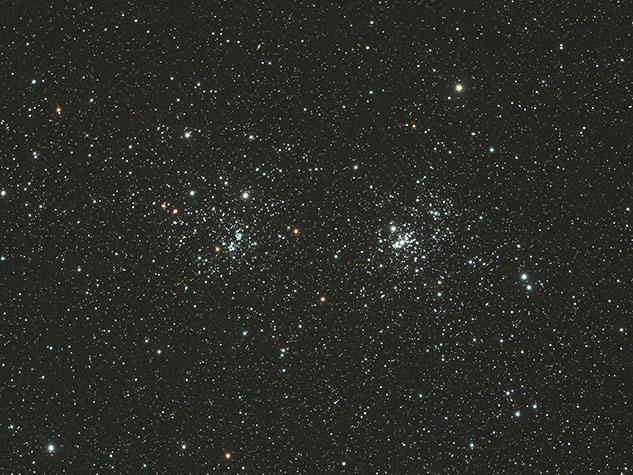 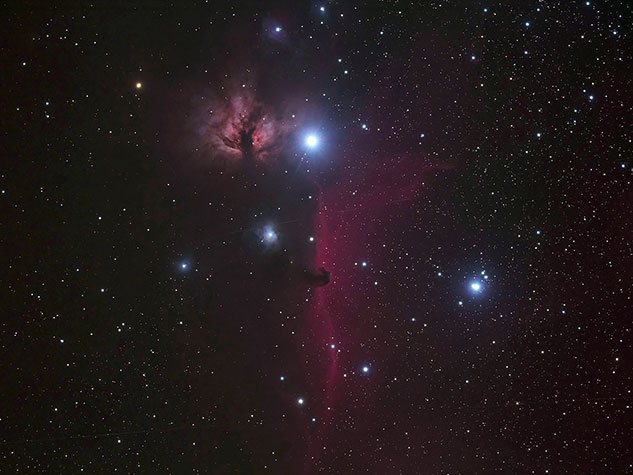 It’s a show worth staying up for. He’s watched dust storms on Mars and seen Jupiter’s moons lined up in all their majesty. And then there are the stars and galaxies.

“A star cluster looks like a little splattering of diamond dust on a black velvet cushion,” Fienberg says. “The Orion Nebula is so bright and so intricate with its dust lanes and little globules and all kinds of wisps of gas. … The light we’re seeing from those structures left well before we were born.”

A roll-off roof in the observatory makes it easy to stargaze at a moment’s notice, and the telescopes are set on their own concrete foundations. “You isolate the telescope gear from the rest of the building, so that if you’re dancing around in the building you don’t shake the telescopes,” he explains.

Unlike many amateurs’ setups, Fienberg’s isn’t automated. That means if he’s got a project going, like measuring an asteroid’s rotation (which can provide valuable information for professional astronomers), he’s at the telescope all night, preceded by naps and accompanied by coffee: “I like to be with the equipment, and I like to be under the sky.”

More often, though, because of his weekday job, Fienberg is limited to an evening or a few of the wee hours. That still leaves him needing to nap. So he’s looking forward to the time when he can pull as many all-nighters as the weather permits. “My intention is to use it more and more,” he says of his observatory, “and then, when I eventually retire, really become a night owl again.” 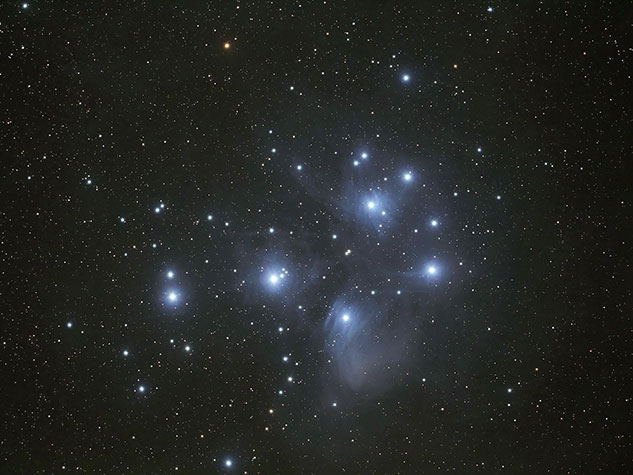