Since 1988, the Cordúa name has grown to become one of the most recognized and respected restaurant families in Houston. So, it may be hard to imagine that the Cordúa business — which today includes Américas, Amazón Grill, Artista and six locations of Churrascos — debuted as a boot-strapped culinary startup on a mission to broaden the palate of Houstonians. 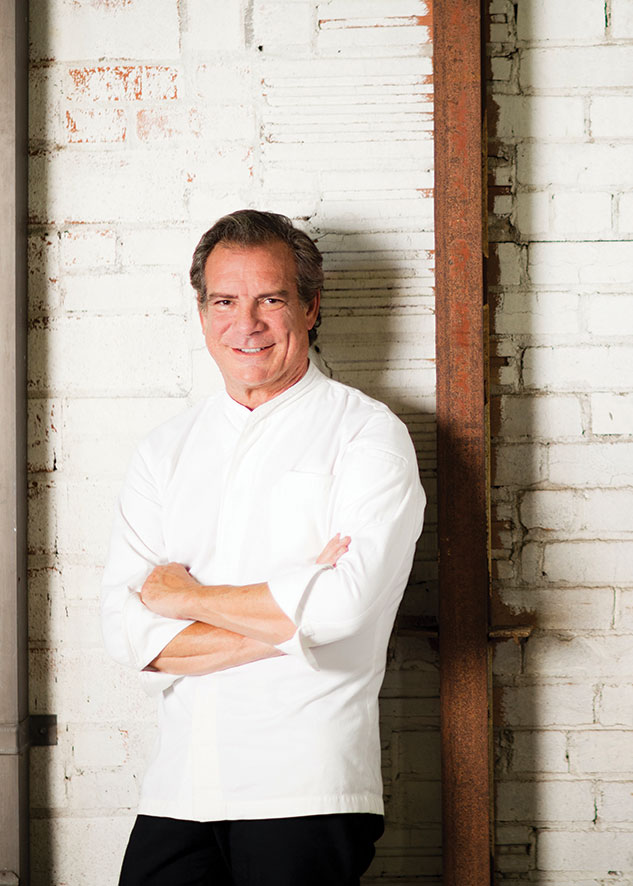 A Nicaraguan who came to the U.S. in 1976 to attend Texas A&M University, Michael Cordúa saw a number of doors close before, at age 27, he opened Churrascos. Modeled after Managua’s Los Ranchos and designed to showcase the flavors of Latin America — like grilled churrasco steak and chimichurri sauce — the restaurant’s initial reception was not promising. In a 2014 Houston Press article, Cordúa recalled how his first customer walked out because “they were expecting Mexican food, not Nicaraguan. It was a nightmare, really.” That nightmare soon turned into a dream when, in 1989, Esquire recognized Cordúa’s innovative cuisine by naming Churrasco’s one of the “Best New Restaurants in America.” More accolades followed, and in 2008 Cordúa was inducted into Food & Wine magazine’s Hall of Fame. That was also the year he earned an EMBA from Rice’s Jones School of Business. We asked Cordúa a few questions about dining trends, maintaining the brand and the chefs he admires.

What’s the scope of Cordúa restaurants?

There has been an explosion in Brazilian rodízio style of churrascaria (all-you-can-eat steakhouse). While totally different, it has created some brand identity challenges. While people might be reaching into the Latin market, they’re doing so in a very different way. We stick to our recipes, paying tribute to the ingredients that America gave to the world using the European disciplines of cooking.

… I had to stop writing a personal check to cover the payroll and the rent at the end of every week. And that came about six months after we opened the original Churrascos.

How do you balance work and family life?

[My family] made so many accommodations to keep the dining table a sanctuary where breakfast became the family meal. I would prepare the lunches for the kids to take to school. (Dinnertime was more difficult for gathering the family together.) And that same philosophy of valuing the family was reflected in the way we dealt with each other as colleagues — by understanding that someone is not just the salad, dessert lady or chef, but a mother or father and wife or husband. That mutual respect and understanding has been a defining mark of our company culture.

How did you learn to cook?

As a self-taught chef, I learned most of my techniques through travel in the maritime shipping business. The travel really opened up my palette to the possibilities.

What led you back to school?

I decided to get the MBA at Rice because the company was preparing for expansion and I needed to know what financial tools were available to make that growth happen.

Which chefs do you most admire?

Being a restauranteur is a continuous education. You’re always behaving like Marco Polo — translating what someone else is doing differently so it fits your concept and understanding of food pleasures. Chefs José Andrés [minibar and barmini, Zaytinya, The Bazaar, Beefsteak, China Chilcano, etc.] and David Rosengarten are two of my maestros.

How did you get involved with Casa de Esperanza in Houston?

Back in ’89, when we were expanding the Churrasco concept, I received a letter from Sister Kathy Foster asking us to consider Casa de Esperanza de Los Niños as the beneficiary of our new opening. I learned about the valuable work that Sister Kathy was doing with children who had been diagnosed with AIDS. We’ve been involved in their fundraisers ever since.

Here’s a “small plate” recipe that can be found on the menu of Américas, one of the Cordúa family’s popular Houston restaurants. 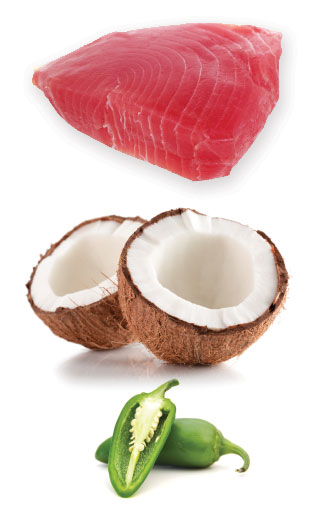 In large bowl, combine all ingredients and whisk until brown sugar is dissolved.

In small bowl, whisk ingredients together until fully incorporated.

In a small bowl, mix all ingredients.

Dice ahi tuna into 1/2-inch cubes. Remove stems and seeds from jalapeno and cut into julienne strips along with red onion. In bowl, combine tuna, onion, jalapeno and cilantro. Add Nikkei dressing and toss as if it were a salad. Plate the ceviche, then spoon the crema de coco over the dish and finish with the tuna crunch topping.