How food critic Alison Cook ’69 gets an inside look at Houston’s restaurant scene — even when everyone’s looking at her. 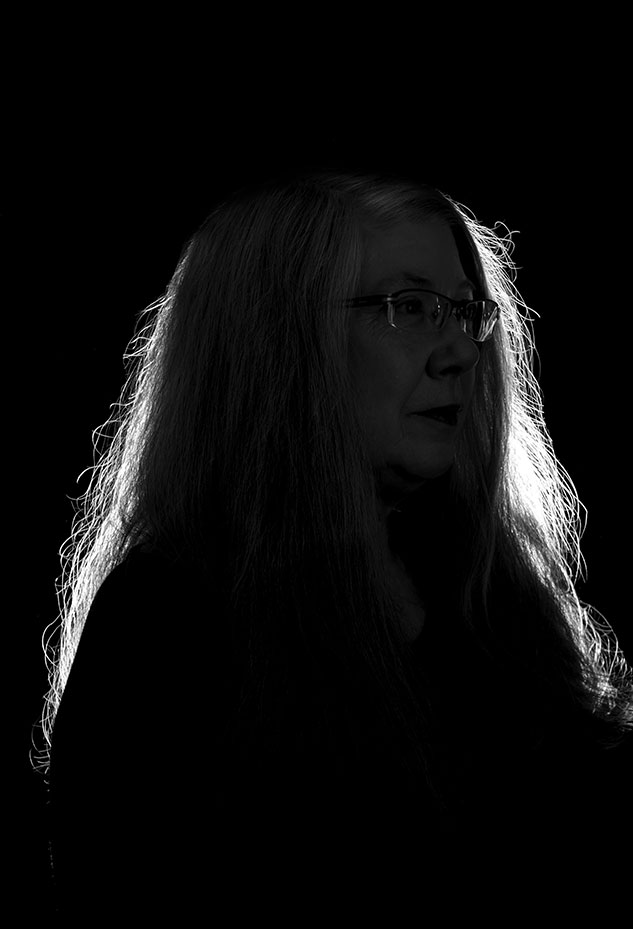 Alison Cook doesn’t make reservations. When the award-winning restaurant critic needs to book a table in advance, she lets her dining companions make reservations in their own names — and she lets them arrive first.

That’s how I ended up sitting alone at a buzzy new dim sum restaurant in the Galleria recently, though not for long.

“I usually give people five minutes — sometimes 10 — just to see how they’re treated before I show up. Are they welcomed? Do they get a table they’re happy with?,” she explained when she joined me.

Luckily, the staff at Yauatcha, the Michelin-starred restaurant and teahouse, had been accommodating even to an unknown eater like me and seated me at a sunny table by the window near the front. Once, at another celebrated restaurant, Cook met up with a friend who’d shown up first and been shuffled into a dark corner. As soon as Cook arrived, the restaurant staff re-seated them at a more desirable table. The correction failed to impress the critic.

“That was worse,” she said, of being moved. “It was creepy.”

There’s no denying that Cook is a celebrity in the food world. She’s won the industry’s top honors, including the MFK Fisher Award for Distinguished Writing from the James Beard Foundation, along with two James Beard Awards for restaurant reviewing — the Oscars of the culinary arts.

Being identified is an occupational hazard she’s accustomed to. After more than three decades as a food critic — the past 15 years at the Houston Chronicle, preceded by stints at Texas Monthly and House & Garden magazine, among others — her face has become familiar to restaurateurs. Or, at least, her hair.

“My hair has always been a dead giveaway,” she said of her long, silvery locks. “It’s so thick, and there’s just so much of it.”

She once dyed it purple, but that only made her more recognizable. Asked if she’d ever consider using a disguise, she scoffed.

“I would feel so stupid and so self-conscious,” she said. In any case, the point is probably moot in the internet age. Five years ago, the food blog Eater Houston posted her photo online after she appeared at a public event, bringing her decades of official anonymity to an end.

Cook has resigned herself to the likelihood that she’ll be recognized, and doesn’t think it compromises her ability to do her job. Since restaurants don’t get any advance notice that she’s coming, there’s little chance that the meal itself will be any different.

“The food is the food,” she said. “They can give me a bigger piece of fish, or the best-looking steak, but it’s pretty easy to tell if they’ve done that.”

The service level, of course, can be upped to suit her VIP status — but that, too, has a tendency to backfire.

And despite her years of fine dining, Cook hasn’t grown immune to the joy of eating
a well-cooked meal. In fact, by the time we were halfway through our first course, she
was downright gleeful.

“It doesn’t always change for the better. It can get very hover-y,” she said.

But she was fairly confident she could go incognito at Yauatcha. Local restaurateurs, of course, would recognize her in an instant, but the staff at this Houston offshoot of a London hotspot were unlikely to know her by sight — or, she thought, to care. After all, they already had the Michelin star. She was curious to find out whether the food measured up to the hype. I was curious to see her process in action.

While I’ll leave the restaurant reviewing to Cook, I can highly recommend dining with her. For one thing, she knows how to order. From the morel crystal dumplings to the roasted duck pumpkin puffs, the dishes were delicious and just slightly exotic to my uncultured palate.

And despite her years of fine dining, Cook hasn’t grown immune to the joy of eating a well-cooked meal. In fact, by the time we were halfway through our first course, she was downright gleeful. I was gratified to see that she was as delighted as I was by the pumpkin puffs, which were perfectly deep fried and adorably shaped to look like tiny pumpkins.

“These are just beautiful,” she gushed. “The flavors, the texture; it’s so well done.”

Three decades as a critic hasn’t made her jaded; if anything, she’s mellowed with age. Early in her career, she wrote a review so scathing that the restaurant’s owners hosted an event at which Cook was burned in effigy. Her sister attended the event.

“She came back and told me, ‘It was actually pretty fun,’” Cook recalled.

Another restaurant once banned her from its multiple locations. It made the policy clear with a no-smoking-style sign on the door — Cook’s name with a circle around it and a red slash through it.

Cook doesn’t regret the reviews that have prompted backlash; part of her job is to tell the truth regardless of the repercussions. But she has toned down her tendency toward snarkiness over the years, she said. When she finds flaws with a restaurant, she tries to at least make her criticism constructive.

“I’ve become more merciful,” she said. “As you get older, you become less intoxicated with your own power. There’s no joy in ripping something apart.”

That doesn’t mean the spark has gone out of her reviews, though; if a restaurant disappoints, she lets the public know. She pulled no punches in a zero-star review, last fall, of a pricy new steakhouse that didn’t measure up to its acclaim. “I love no steak better than a rib-eye, but this one — a $54 investment — was a mess. I took most of it home, where it made my dogs happier than it had made me,” she wrote.

She doesn’t take notes during meals: it’s too cumbersome, and it interferes with the dining experience. Instead, she takes pictures of each dish with her iPhone camera — some to post on Twitter and Instagram, and the rest just to remind her what she had.

Of course, anything can be wearying if you do it enough; even eating at Houston’s hottest restaurants. On her off days, she admits, she sometimes craves nothing more than a homemade PB&J. And her thorough reviewing style comes with a hefty tab. She feels lucky that, in a time of massive media downsizing, her research budget hasn’t gotten the ax. She feels immensely lucky to have the job she has — especially in Houston, which she believes to be America’s best food city.

“I’ve been saying that for many years,” she explained. “It’s hilarious to me that people are just finally figuring that out. But it’s also really satisfying.”

One void that’s long existed in Houston’s restaurant scene, however, is a really exceptional dim sum place — there are some good ones, but nothing like what she encountered when visiting Vancouver, B.C., Cook said. So she had high hopes for Yauatcha.

She doesn’t take notes during meals: it’s too cumbersome, and it interferes with the dining experience. Instead, she takes pictures of each dish with her iPhone camera — some to post on Twitter and Instagram, and the rest just to remind her what she had.

It’s hard to say if that’s what gave her away, or the fact that I was scribbling notes — as unobtrusively as possible — on a notebook in my lap. Or maybe it was her hair. But halfway through our meal, a server came to refill our teacups with a subtle, smoky oolong.

“How are you this afternoon, Alison?” she asked nonchalantly.

When she walked away, Cook sighed.

“It’s over,” she said of her anonymity. “It was nice while it lasted.”

Still, the service didn’t become hover-y, and the dumplings didn’t get bigger, so Cook’s disappointment at being outed was short-lived. In the end, her enjoyment of the meal won out.

“I’ve got to admit, I’m impressed,” she said. “How impressed? I would come to the Galleria to eat this food.”