By Jennifer Latson  •  5 years ago

by Anthony Brandt and David Eagleman 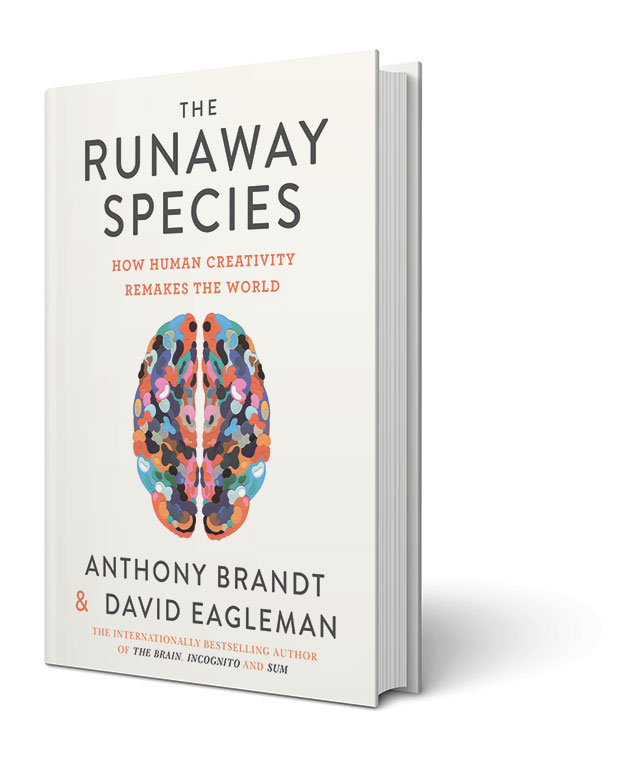 The Runaway Species:
How Human Creativity Remakes the World
by Anthony Brandt and David Eagleman
(Catapult, 2017)

David Eagleman ’93, a Stanford neuroscientist, and Anthony Brandt, professor of composition and theory at Rice’s Shepherd School of Music, believe NASA engineers and Picasso have
something in common: a form of mental dexterity that defines what it is to be human. What we create, the authors argue, is not as important as how we create — the “cognitive software” that sets us apart from every other species. In a captivating narrative that spans the arts and sciences, Brandt and Eagleman document humankind’s superpower and make the case that we should do more to foster it in future generations. 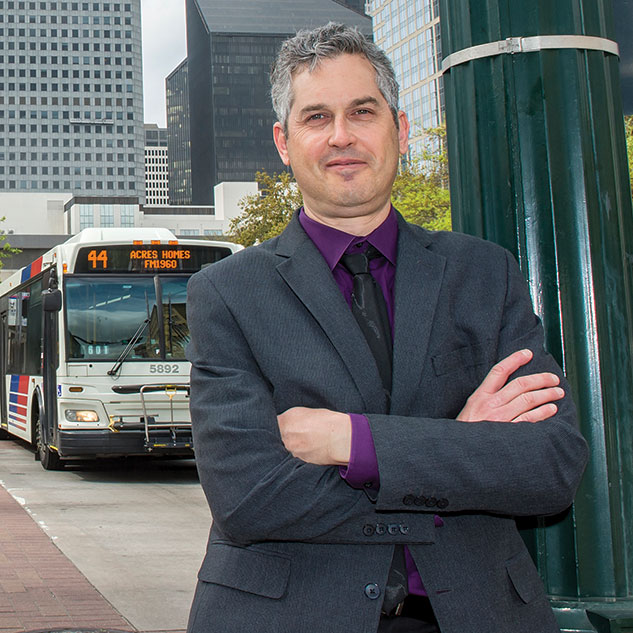 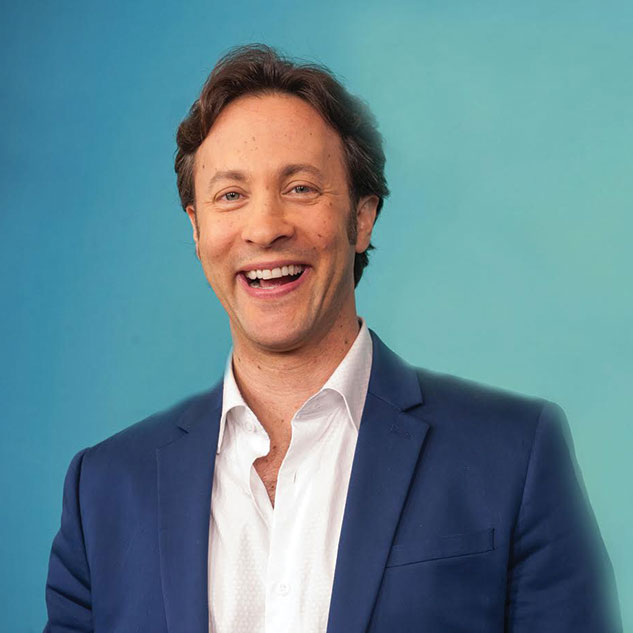 What is special about the human brain that enables us to innovate?

Animal behavior is largely preprogrammed. That’s why a sign hangs in national parks telling you how to act if you see a bear: back away slowly, hold your arms wide, etc. You can’t reason with the bear and say, “I’m a big supporter of this park, you don’t want to eat me.” The bear is operating largely on autopilot.

Humans have a couple of evolutionary tweaks that make our behavior much more flexible. We’re also one of fewer than two dozen species on the planet with a need to engage with each other and collaborate. If you take our enhanced ability for internal simulation and couple it with our desire to surprise and impress each other, you get a rich output of human imagination.

Are there any examples of creativity in the rest of the animal kingdom?

As part of their courtship ritual, male Vogelkop bowerbirds create free-form structures made of items they find in the forest, such as moss, fruits, flowers, stones and shells. There’s a lot of improvisation and decision-making that goes into these bowers, each of which is unique. But the bowerbird doesn’t apply creative thinking to any other aspect of its life. So while the bowerbird’s creativity is a beautiful example of animal creativity, it is circumscribed. Humans, on the other hand, operate on an entirely different level. When it comes to innovative thinking, we appear to be in a league of our own.

You talk about creativity “remaking” the world — the brain takes in raw material from the outside world and shapes it into something novel. Are there any true eureka moments?

Our experiences are the raw materials from which we fashion new ideas. A recent medical case helps illustrate this. Lonni Sue Johnson was a successful illustrator, designing covers for The New Yorker. She was stricken with encephalitis, which destroyed her long-term memory. With nothing to reference from her experiences, she was unable to mentally conjure anything to draw.

That doesn’t mean eureka moments don’t exist. It’s simply that they are novel mixtures of things we’ve seen before. But our conscious minds are often the last to know what’s been going on under the hood. Eureka moments are the rising up into conscious awareness of an idea that your brain may have been working on for a long time. What feels to us like a lightning bolt from the outside is actually the result of ongoing electrical thunderstorms in
the brain.

What are some examples of innovations that were ahead of their time — or in the wrong place?

Indeed, our culture sculpts our thoughts and innovations; we’re vessels of our place and time. In 17th-century France, a play’s action had to take place in one location in the course of a single day. Not so in Japan, where two characters could stand side by side but not be in each other’s presence. Similarly, Beethoven was the most experimental composer of his day. But he never asked musicians to play deliberately out of tune — something that was happening in music half a world away. There’s nothing inherently different about the brains of these creators; it’s just that their work arose in different milieus.

You mention that our education system doesn’t necessarily
foster or reward innovation. How can we change that?

Companies of all stripes are clamoring for innovators — and as computers and robots take over rote tasks, it’s clear that human jobs of the future will require more creativity. Yet too many school systems are doubling down on standardized testing and a curriculum pointed toward the answers in the back of the book. We argue that skills and creativity aren’t an either/or proposition — we need both.  — Jennifer Latson

Editor’s Note: The authors collaborated on the answers to these questions.