Authors of "We Have No Idea: A Guide to the Unknown Universe" (Riverhead Books, 2017) 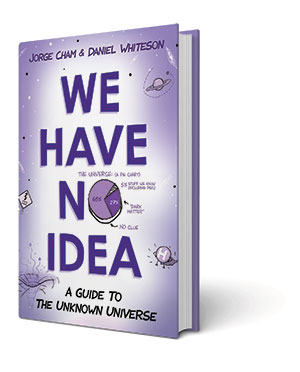 Upon feeling dissatisfied with science writing’s coverage of the Higgs boson discovery, Daniel Whiteson ’97, a professor of experimental particle physics at the University of California, Irvine, decided to act. He emailed Jorge Cham, the creator of PHD Comics who earned his doctorate in robotics at Stanford, to propose a different strategy. With their unique collaboration of skills and knowledge, Whiteson and Cham created a book that explores enduring questions about the universe with a fun and curious spirit. Combining witty cartoons and a humorous writing voice, the authors present accurate yet approachable science to the reader.

What made you want to focus on what we don’t know instead of what we do know?

WHITESON: It just seems more exciting. All the things we don’t know are the things we will figure out in the future, so it’s more fun to look ahead and think about how the world in the future will see things so differently than we see them. We also had the sense that a lot of people have the wrong impression. They think that science has most things figured out; we’ve made such dramatic progress. We wanted to remind people that there are basic facts about the universe that we still don’t know the answer to. They are basic facts that, once we do know the answer, will change the way we see the universe and our place in it.

CHAM: It felt like there was a need for a different point of view; to say, all this stuff that we’ve figured out is amazing, but think about all that we haven’t figured out, what amazing potential there is. That was the motivation — to join that conversation.

Why was it important for the book to be so approachable?

WHITESON: We wanted to communicate this information to people who had an interest in the question but didn’t necessarily get the chance in their professional lives to explore it scientifically, so we wanted to reach as broad of an audience as possible. There are a lot of people out there who think about these kinds of questions, but also don’t think they are allowed to or don’t think they necessarily have the preparation. We wanted to make them realize that these are accessible questions that can be explored in an accessible way. That was the idea behind including cartoons; they bring down the intimidation factor.

CHAM: In a lot of the science writing that’s out there, [the authors] try to impress you, and it’s basically all about how crazy and complicated these things are. Our point of view was to avoid approaching this topic with as much reverence. [We wanted to] talk directly to people in the same way that you might have a conversation with somebody, or if you hung out with a physicist and asked them questions. 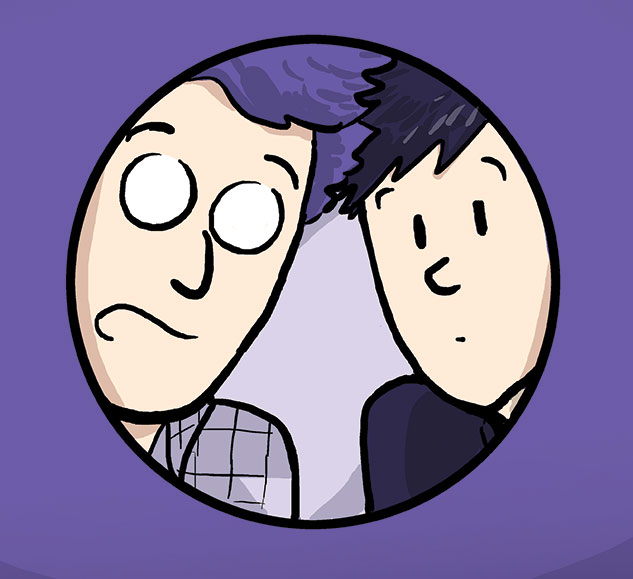 What excites you about what we don’t know?

WHITESON: What excites me is that in a lot of cases, we know the answer must be one of a small set. For example, is there intelligent life in the universe other than ours? The answer is either yes or no. What’s exciting is that any of those possible answers will blow your mind, right? Either there is other intelligent life in the universe, which is crazy and fascinating and — wow — what could we learn from them? Or there’s not and we’re all alone in this vast cosmos. Either of those scenarios is incredible and hard to understand, but we know one of them is the truth and eventually we’ll know which it is. That blows my mind — for all of these big questions, there are answers.

CHAM: We get comfortable and feel like we have everything figured out — we have iPhones and gene editing and can stream television 24/7. But there’s still a lot about the universe and the world around us that we still don’t know and really have no idea, which I think is exciting and it wakes you up from your everyday routine. The answers could be anything; it could be anti-gravity boots or other dimensions or alien life. It’s exciting to think about the possibilities.