By Katharine Shilcutt  •  5 years ago

This spring, artist Josiah McElheny’s sculptures and lectures explored paths to alternative futures and different, imagined universes at the Moody Center for the Arts. 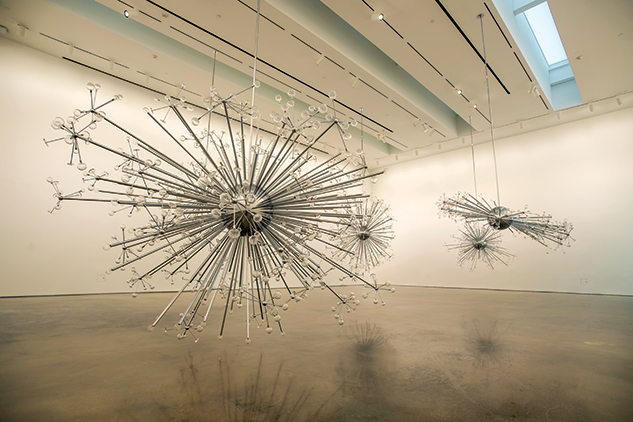 “Island Universe”  by Josiah McElheny is on view at the Moody Center for the Arts through June 2, 2018. Photo by Tommy LaVergne

This year’s Campbell Lecture Series — a prestigious three-night event held March 20–22 — incorporated audio, video and a live jazz performance as a means of exploring alternative paths in the history of 20th-century art, architecture and music. As the invited speaker, McElheny delivered three talks that engaged the eyes, ears and imaginations of the audience. But the lecture series was not the only opportunity for Rice students, faculty and staff and the Houston community to engage with McElheny. In a creative collaboration between the Moody and the School of Humanities, McElheny was invited to not only speak at the university, but also to present a solo exhibition of his work in the Moody’s Brown Foundation and Media Arts galleries.

Through June 2, McElheny’s monumental installation — “Island Universe” — is on view at the Moody Center for the Arts. The futuristic structures, comprising five hanging sculptures composed of chromed metal, handblown glass and light, are modeled on an iconic midcentury design object: the chandeliers of the Metropolitan Opera in New York made by J. & L. Lobmeyr in Vienna in 1965. Each sculpture pictures a different potential universe where their spheres represent clusters of galaxies and their lights evoke quasars — the brightest objects in the universe — all carefully placed according to measurements marking the history of time.

The lectures opened with a discussion of the collaborations between poet-theorist Scheerbart and activist-architect Taut and how their ideas speak to the present. On the second night, McElheny introduced the audience to painters Klint and Palermo and discussed their attempts to make visible a world beyond.

The final night of the series focused on two seemingly unrelated musicians: Sun Ra, the Alabama-born jazz composer and bandleader whose cosmic philosophy, sound and aesthetic was at its peak during his work with the well-known musical collective The Arkestra during the 1950s, and Houston-born Oliveros, a composer, accordionist and central figure in the development of electronic and experimental art music during the 1960s. 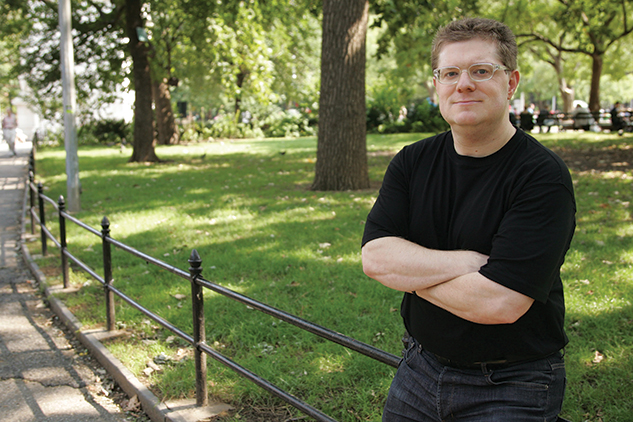 “The reason I wanted to speak about these two composers, musicians and philosophers together is because of how they blended politics and aesthetics and how they both thought on a cosmic and planetary scale,” McElheny said. Both took their main inspiration from seemingly opposite sources, but shared the ability to move easily between cosmic realms and more earthly, practical concerns, he said.

“In other words, their activities include irreconcilable sets of contradictions and a strangeness to us today.” And that, McElheny said, is what defines imaginary modernism: “a nonsystem of contradictions.”

In creating such wildly innovative pieces that demanded as much energy from their audience as they put into their own work, Sun Ra and Oliveros both left a legacy that’s a tribute to what they saw as an infinite universe full of ideas. Think bigger; think bolder; think on a planetary scale, but also on a human scale; listen more; give more — these are the instructions left to us by these two visionaries.

Check out the Moody Center for the Arts for additional programming related to Josiah McElheny’s “Island Universe”  at moody.rice.edu.

The Campbell Lecture Series was made possible by a $1 million contribution from T.C. Campbell ’34, who wanted to further the study of literature and the humanities with a 20-year annual series of public lectures.