Widespread logging and hunting have endangered virtually all of Madagascar’s 100-plus species of iconic lemurs.

A study by Rice ecologists illustrates how saving lemurs may also be key to saving Madagascar’s largest trees. “Not only are we facing the loss of these unique, charismatic animals, we’re also losing their role in the ecosystem,” said Amy Dunham, associate professor of biosciences and co-author of a paper published in the International Journal of Primatology.

“Without lemurs, the rainforests themselves will change because the lemurs alone disperse the seeds of many of the forests’ largest hardwoods,” said Dunham. The study builds upon nearly a decade of collaborative work by Dunham and lead author Onja Razafindratsima at the island nation’s Ranomafana National Park. 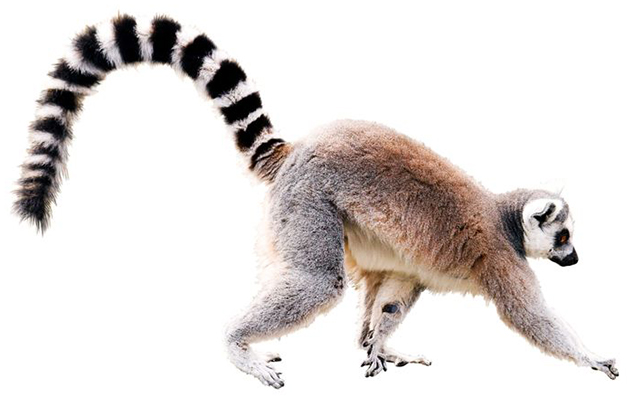 In earlier work, Razafindratsima meticulously tracked 24 groups of lemurs for three years and showed that the seeds of one species of canopy tree had a 300 percent greater chance of sprouting and becoming a sapling when they were dispersed by lemurs through their scat as opposed to simply falling to the ground.

“In the latest study, we wanted to take a broader approach to understanding how the forest might change with lemur loss,” Dunham said. In 2016, then-undergraduate Anecia Gentles ’18 joined Dunham’s research group and spent a year examining characteristics of rainforest trees and programming computational models to estimate how the forest would change if lemurs disappeared. Rice graduate student Andrea Drager also joined the effort, and the team showed that lemurs are not only important as gardeners of the forest, but also likely play an important role in forest carbon sequestration.

The models explored how the makeup of the forests might change in different scenarios, ranging from one in which lemur-dispersed trees declined by 25 percent to an extreme case where all lemur-dispersed trees were wiped out. “There’s growing evidence that we need to think more holistically about conserving functioning ecosystems in order to save forests,” Dunham said.