The discovery of unmarked graves believed to contain the remains of African-American workers conscripted into the brutal convict-leasing system helps spotlight an activist’s archive. 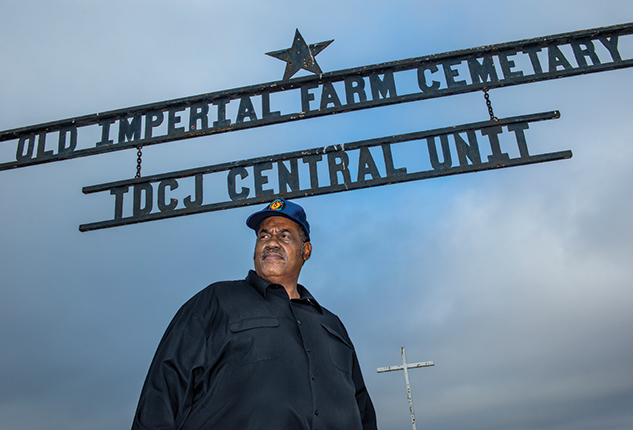 Reginald Moore at the gravesite. Photo by Tommy LaVergne

What is convict leasing? Why do we know so little about it? The answers to these questions can be found in the Woodson Research Center’s Reginald Moore Sugar Land Convict Leasing System Research Collection.

After slavery ended, forced labor was still legal if a person had been convicted of some offense. Trumped-up charges fed many African-Americans into the post-Civil War prison system, where they could then be leased out as convict labor. Essentially, convict leasing was legalized slavery in a post-Civil War nation. The system continued for 36 years, ending officially in 1914.

It was vindication for Reginald Moore, a native Houstonian who had once served as a corrections officer at Fort Bend’s Jester Unit. It was there that Moore first became interested in the history of the county’s prison farms — particularly the Imperial State Prison Farm, later renamed the Central Unit before it closed in 2011. The prisoners who died while working for the prison were buried on-site at the Old Imperial Farm Cemetery. 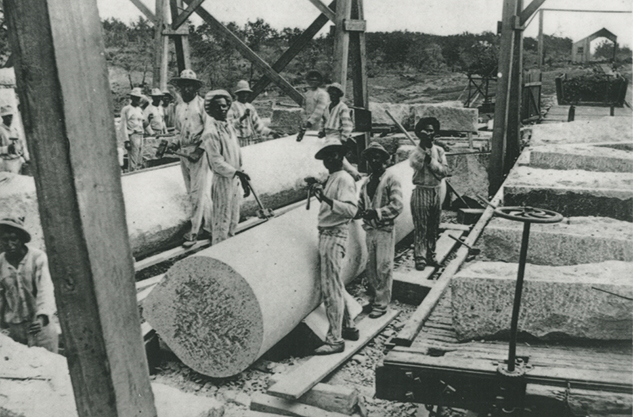 But where were the many more who perished under the punishing conditions of the convict-leasing system? From his years of research into prison documents, land records and historic texts, Moore knew those bodies must lie buried in unmarked graves — perhaps at the very plantations and farms to which the prisoners had been leased. Despite his persistence, Moore was unsuccessful in persuading Sugar Land and Fort Bend County leaders to do the work necessary to locate the graves.

History Professor Lora Wildenthal first met Moore when he approached Rice in 2015 about helping with efforts to preserve the Old Imperial Farm Cemetery and his own documentation about the convict-leasing system. The resulting Sugar Land Convict Leasing Project was created by Wildenthal and a team of students under the auspices of the Center for Civic Leadership’s Houston Action Research Team (HART) program.

Since discovering the remains in Sugar Land, the archive has performed a valuable service. “Journalists come in to get more contextual information about [Moore’s] advocacy and the story of convict leasing, as there’s not a wealth of information readily out there,” said archivist Amanda Focke. Wildenthal and Focke hope that the recent discovery of human remains, as substantial proof of the nature of the convict-leasing activities that facilitated the early growth of Fort Bend County, will propel greater public recognition of this part of Texas history and further investigation into the legacies of the convict-leasing era for prison policy today.