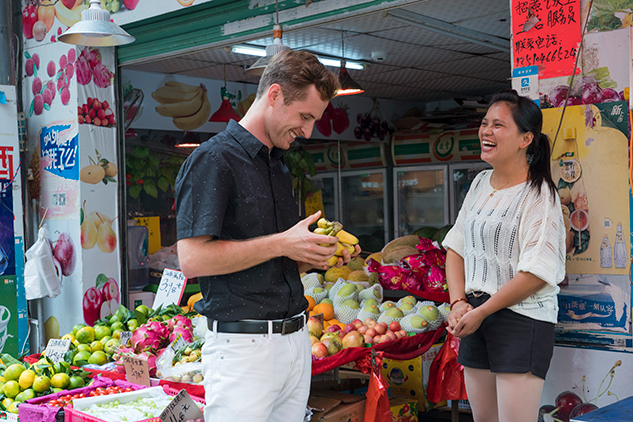 Stopping by this neighborhood fruit stand to visit Mrs. Peng has become a daily ritual for Zach Bielak. Photo by Theodore Kaye

I try to sneak by, but even in the bustling morning crowds she manages to spot me. “豆봤,” she calls in Chinese. “Come look at my fresh fruit today.”

As her excitement and beaming smile draw me in, I prepare answers to some of the usual questions: How are my friends? How is my family back in the U.S.? And even though I haven’t yet touched the kilogram of fruit I bought yesterday, I pick out more. By this point, Mrs. Peng is no longer just the fruit stand owner below my apartment; she’s a long-lost aunt. Today’s special is lychee, and as always, she throws in an extra piece.

China doesn’t have a reputation for being a terribly friendly country, but in my eyes, it is. It’s what first lured me to Shenzhen — a sprawling “midsized” city of 20 million people that neighbors Hong Kong — and what has convinced me to not leave anytime soon. Here, I work as a mechanical engineer and project manager for a small consumer electronics design house. It’s fascinating work, as I get to design alongside both Chinese and “foreign” engineers, developing products that eventually touch all corners of the globe. It also has me constantly visiting workshops in the bona fide “factory of the world,” where I get to meet the people who make it possible. The iPhone you’re holding in your hand? Yep, it’s made in Shenzhen. Beyond the engineering marvels, the city operates at the speed of light: Its same-day shipping (often for free) puts Amazon to shame, and it has more electric buses than the total number of buses in the U.S. 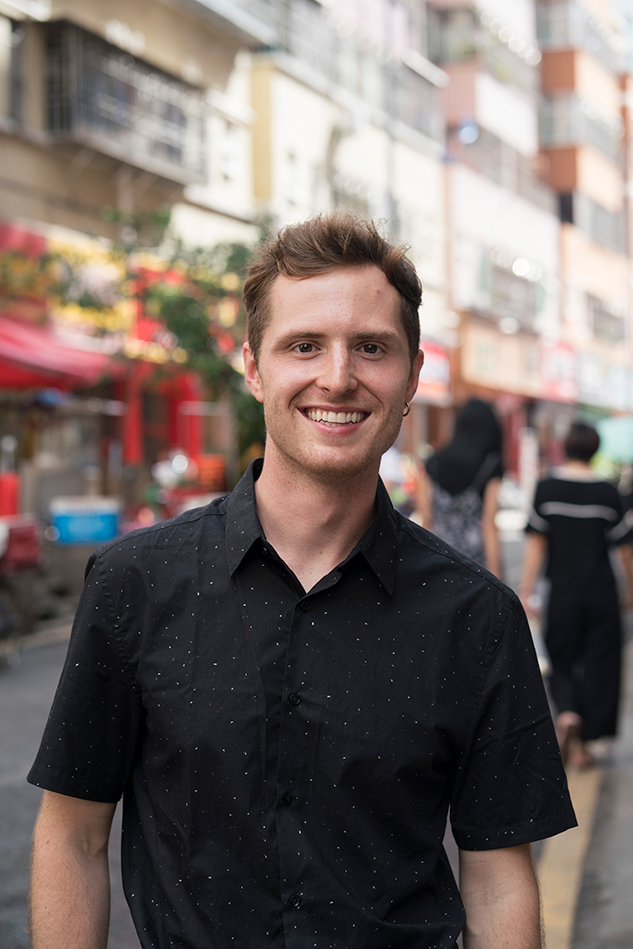 And yet, as a huge domestic immigration hub for Chinese people, it keeps alive so many of the rich cultural traditions that vary from province to province — reminiscent of the diversity found in Houston, which happens to be Shenzhen’s sister city. Perhaps most fascinatingly, Shenzhen manages to maintain the feeling of an urban village where shopkeepers often know you by name.

But of course, it’s not all peachy keen. Having only an intermediate understanding of Mandarin, I can only understand a fraction of the advertisements I see, the groceries I purchase and the deliverymen who demand step-by-step directions to my apartment. What’s more, the recent increase in diplomatic tensions sometimes makes me wonder how much longer my work visa will continue to be renewed. But to me, it’s worth it. Learning about the Chinese culture, language and important current events from the inside is priceless — if for nothing else than to better understand 1.4 billion of my fellow passengers on spaceship Earth. And, of course, to eat some fantastic lychee every morning.