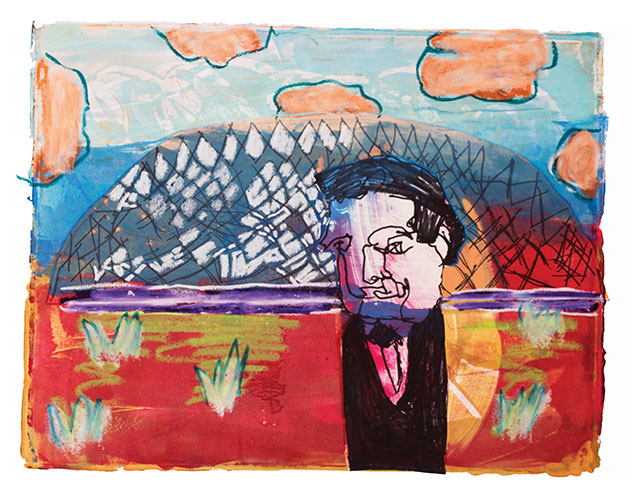 IN MARCH, THE RICE MEDIA CENTER will display photographs and artworks created by schoolchildren who participated in the Pozos Art Project, an ongoing artistic collaboration between Rice photographer Geoff Winningham, artist Janice Freeman and Houston schools. “In the Eyes of Our Children: Houston, an American City” depicts Houston’s public spaces, landmarks and cultural venues, delightfully and uniquely rendered by local elementary and middle-school students. More than 300 images from the six-year project have also been collected in an accompanying book, “In the Eyes of Our Children: Photographs and Prints by Houston School Children, 2011–2016.”

Pozos is short for Mineral de Pozos, Mexico, where Winningham and his wife, Freeman, who have a home there, began teaching printmaking to local children in 2002. Soon, Rice students got involved too, and a field classroom project was born. In 2009, the couple launched the Houston side of their project at the behest of the Houston Grand Opera’s community arts director. Rice students again got involved, and the collaboration culminated in an exhibition of photographs at the Museum of Fine Arts, Houston. In 2011, a new project began in the Houston Independent School District with the goal of creating an energetic visual portrait of the city. The work is both “a celebration of Houston’s extraordinary cultural diversity and the vitality of children’s art,” Winningham said.

RICE MEDIA CENTER
March 7–31, 2017
Free admission
To read more about the history of the Pozos Art Project, the Rice Media Center exhibition or to purchase the book: pozosartproject.com